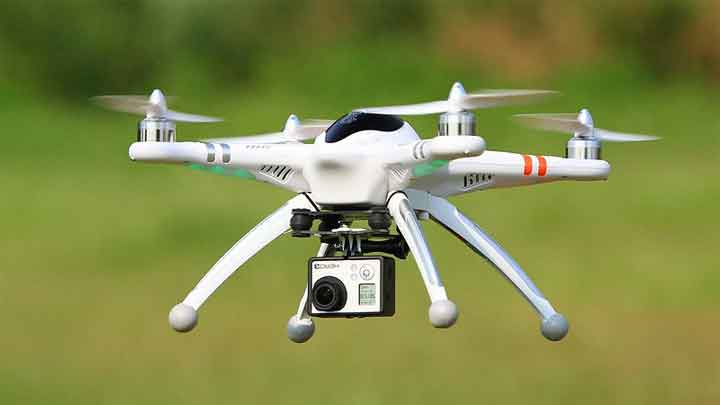 Colliding With Drones in Air and on Ground: How Serious Will it Still Be After FAA Regulations?

Drones seem to be turning into the new insects that fly around us and never leave us alone. And just like some insects go after us to draw blood or out of instinct, drones may be drawing their own blood by invading privacy. They’re also creating another problem that’s only now manifesting: Possible collisions with airliners or with things and people on the ground. How are we going to deal with the inevitability that drones will fill so much of our airspace that they could bring down more than just one airline? We also need to face up to the reality that drones aren’t fail-safe and can technically crash on their own.

All of this stems from the recent report that an airliner almost collided with a drone over Florida airspace. With no reports of what the drone was or who even owned it, the signs are there that possible private drones are starting to fly at elevations they shouldn’t. FAA regulations are said to be forthcoming, though how many are doomed to violate them when so many drones are flying in the air?

Should Private Drones Be Outlawed?

Right now, small private drones are only allowed to fly well below the elevation level where government drones are allowed to fly. The Dronies we’re starting to see on social media are the result of flying short distances into the air in order to capture scenic and groupie shots. But we don’t really know how many are doing otherwise, especially from those intent on using drones for rogue purposes. Paparazzi, especially, may be using private drones and placing them at undetectable altitudes so they won’t be found out for snooping into private places, find more info.

In the above regard, the paparazzi are breaking laws both ways, even if that isn’t surprising. What about other private drones that may be used for mad scientist type of situations, or even terrorists scoping out territory? All of that should be in sweeping discussion right now with our government, and it likely is behind closed doors. How FAA laws are enforced, though, with a sky crowded with drones is another matter.

Yes, we’ll eventually see a New Yorker cartoon in another year showing flying police car drones chasing private drones that are breaking the altitude law. Then all irony hell breaks loose when they both collide with one another, including with an airliner.

The chances of an airliner being brought down by a drone are probably so great right now, we’re all living on chance at the moment. You’d think there would have been more care for such a threat when private drones started becoming more freely available. Buying a private drone may soon become as controversial as buying a gun and perhaps just as potentially deadly. On top of it, we’re still underestimating how those drones can break down and ultimately crash right in our own backyards.

How Will We Handle Crashing Drones?

In some of my pieces I’ve written recently here on drones, I noted that federal drone messengers might have to be employed to seek out crashed drones around the country. Regardless, that doesn’t stop the initial drone from crashing in the first place. Will government drones give a signal to a command center when they appear to be breaking down so they don’t become a new threat as much as space junk has?

CNN says reports are out there of private drones already crashing onto people at public events. What happens when larger private and government drones end up crashing onto someone, or their house, perhaps causing extreme injury or death?

FAA regulations will probably help prevent this to some extent, yet higher elevations are going to be where the private drones will hide in order to not be detected. In another few years, we may see more breaking of FAA rules on private drones than the government even comprehends. With big money to be made using drones for various purposes (or for terroristic purposes), the sky may be falling in the sky as well as on the ground in the latter half of this decade.