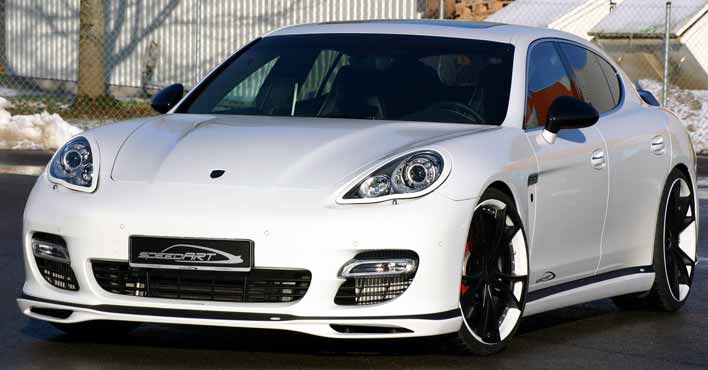 Porsche has always been great at giving us amazing looking two door coupes. Now, they say, there’s a new kid on the block, and they call it a four door coupe. Come on, a four door coupe? It’s been established a long time ago that four door cars are called “sedans” or “saloons.” Here we have, a four door coupe. Now, Porsche isn’t the only exotic car company that does that. Aston Martin has joined in, and so has Lamborghini! Now, there’s a reason why all of the companies mentioned above are mostly have two doors and two seats – and the reason is that you’ll need to sell your kids, and maybe even your wife, or husband, to be able to pay off the astronomical costs that come with owning one of these! So, why bother?

Now, Jaguar, Mercedes, Audi, Maserati, and may others have done a great job making four door sedans! Notice I used the word “sedan” because that’s what they are. Four door cars made for people to fit int he front, and in the back. Now, I’m not buying this whole four door coupe thing because I’m not a product of marketing. In fact, I think it’s a shame that names like Porsche, Aston Martin, and Lamborghini have gone after four-door models, and even had the tenacity to call them “coupes!”

Enough about the whole four door coupe thing, and let’s move on to the Panamera. And I’ll be the first to say that I don’t like it one bit. It looks like a hatchback that had its rear pushed out a bit. It certainly doesn’t look like a coupe. They say that the sloping roof is what gives it a “coupe” characteristic, but I just can’t see it. Which ever angle I look at it, it either looks like a squashed mini-van, a hatchback, or a four door saloon.

But that’s not even the worst part. The car doesn’t look half bad, until you look at the rear. Good grief! It looks like a giant frog! Now, I know a few people who always say that all Porsche cars look like frogs, and I couldn’t agree with them, but on this one, they’re absolutely right!

I’m sure that the car feels great once you’re on the inside. It’s got leather seats, all the bells and whistles of a luxury saloon. But for some reason, Porsche has decided that instead of very nice looking materials like aluminum, they should fit it with a plastic dashboard. Are they insane? Many people will buy the Panamera and feel worthless after about a thousand or so moles!

The next aspect of the car is the engine. Or should I say, the range of engines. Base engine sports a 6 cylinder V-type engine. So now we know that it’s not going to have 500 horsepower, and it’s probably going to be something for an old grandma who is retired, and will do 35 miles per hour on the interstate all the way home, or an old man with arthritis who can’t handle a high performance vehicle. Now the cure for that is a V8 engine which will give it considerably more power. But why isn’t it V8 as standard? A man would buy the Panamera with a V6 and his kids, if he’s rich enough to keep them, would laugh at him when somebody on a Civic flies by. And if he buys a V8 Panamera, he won’t have to worry about his kids puking all over the leather, because they would have puked on his lawn, his flower bed, and the car itself before they even get in. By that time, they won’t have anything to puke on the very expensive leather with. But they’ll be sick all the way.

And now, the worst part about the Panamera – the price. $125,000-$170,000! I’m sorry, but I’d rather buy a 911 and a house, or maybe, just maybe, I’ll buy a Lamborghini and remain homeless, but at least I’ll do it in style. The Panamera should be in the $40-50 thousand range so then people who buy it would actually afford to keep their kids, and take them out on a nice trip; that will eventually be ruined by his children’s breakfast.