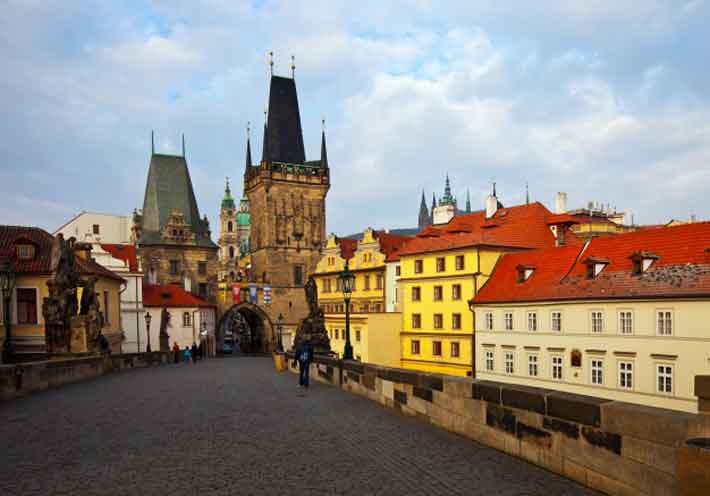 Review of Prague Art and History by Tim Porter: Photographic Travel Book on Prague in the Czech Republic

Despite the usual cliches of writing about a city as beautiful as Prague, Prague Art and History is still a worthwhile book. Interestingly enough, although published in 1991, it is still widely available in tourist shops and in the airport in Prague.

Foreword by Vaclav Havel Urges Friendship Between All Nations

In 1990 in his address to the European Parliament in Strasborg in 1990, Vaclav Havel, the then president of the Czech Republic stated, ‘it was not by accident that the first serious attempts to create a peaceful Europe should have originated in Central Europe.’ Visitors to this city of a hundred, even a thousand spires can appreciate his words.

Facts, Myths, Legends and Historical Facts About the City of Prague

The Old Town famous for its maze of cobble-stoned lanes, and graced by buildings dating back to the 1200s, is the first port of call for most visitors. This section of the city, entered via Celetna, one of the oldest streets in Prague, is steeped in history, winding its way past tourist shops and cafes, emptying onto the Old Town Square. Tim Porter, the author, narrates myths and legend, along with historical facts in a very readable format.

A Hundred Photographs of the Baroque, Romanesque and Gothic Architecture of Prague Including The Old Town

Two photographers are given credit for the stunning photographs included alongside the text of the book, Jiri Macht and Gordon Hardwick. While the color photographs enhance the text in most instances, they don’t always correspond to the adjacent text, but yet manage to capture enough images of the city to make the book valuable enough to buy.

Map, Restaurant Recommendations, and a Chronology of the City’s Development and the Czech Republic’s Tourist Attractions

Also included is a map of the central part of the city and a chronology of important dates of Prague beginning in 850 when the Czech tribes were first conquered and ending with the Velvet Revolution in 1989. The list of restaurants, nightclubs, pubs and bars, is certainly outdated but with addresses and phone numbers included, no doubt some still survive.

The Publisher, Flow East, is a Property Development Company

Flow East, listed as the publisher of this paperback format book, Prague Art and History by Tim Porter, is a foreign-owned, (as in not Czech) high quality developer and long-term property investor according to their website. This explains why there is no biography of the author or photographers. The book has been published in several languages and is available everywhere in Prague, especially in a retail shop known as Blue which is owned by Flow East. The book acknowledges the assistance of the Ministry of Trade and Tourism.

Is it a Travel Guidebook?

Not exactly a travel guidebook in the usual format of similar books like Lonely Planet, or Rough Guide, or Thomas Cook Travellers, Prague Art and History is nonetheless a worthy addition. The book works first as a souvenir of a visit to this splendid city, as a pictorial essay with some stunning photographs, and then it provides some of the background history that the traveler, walking through the cobbled streets in the particular enchantment that is Prague may have missed, and now, sitting at home, can revisit and deepen their appreciation. In short, the book is like a seduction.