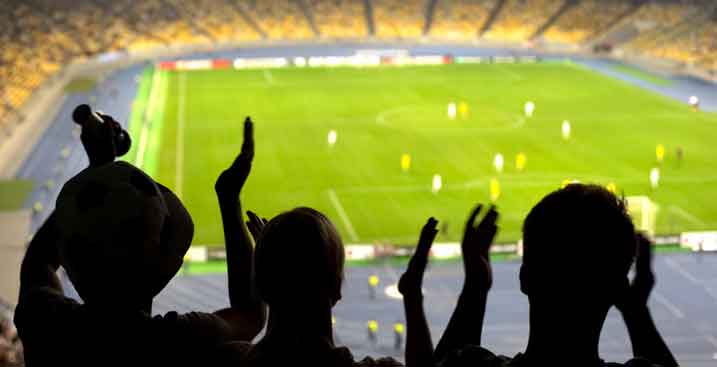 How to Watch Football with the Ladies

But what About the Reverse?

That has happened to me the last two years at a Super Bowl party and it has been delightful. My wife and daughter have several girl friends who like football, and watch it together. I am the token male in the group. By watching, and listening carefully, I’ve gained insights into the minds of these women as they watch football, find out more.

That clothing that the players wear are not uniforms but are their costumes, and they are not color coordinated with their hats not helmets. And the shoes, don’t match either. In regular season, the only people with any fashion sense at all are the cheerleaders, but at the Super Bowl, they are curiously missing. Players are cute, or the costumes they are wearing are (or are not), and this is a primary factor in deciding for whom to cheer, unless the woman’s home town team is playing.

White wine is the beverage of choice. For some, red is acceptable, but beer takes a distant fourth after the two types of wine, and margaritas.

It is OK to bring a craft project to do while watching the game, such as knitting, crochet or needle-point. It is also OK to bring pictures of the new nieces and nephews, grandchildren, the new car, the new kitchen , the new boyfriend or husband.

Player’s hairstyles are a valid subject for discussion. And those rules about being able to pull the hair as part of the tackle? That makes sense, but a lot of the other rules do not. This one male tries to explain the arcane rules of NFL football but they either already know or don’t care. They want to know if they are winning the football pool.

For the Super Bowl, the décor of the home where the party is held can be a mix of football and Valentine’s Day. The décor is something that must be observed, and complimented. The food or snacks must be arranged and visual appeal is important to the success of the party. They all wear their team’s shirts, socks, jackets, scarves, earrings and other accessories. The accessories might include signs or posters like D and Fence and Touchdown.

They don’t mind getting up with to refill the wine glass during a crucial play with a casual “Tell me what happens.”

Everyone is polite to each other, and the hostess must be complimented. If there is an unusual snack being served, you must ask for the recipe, even if you never intend to make it yourself.

Women want to know how long until the next commercial. This is important. They DO watch the commercials. The Super Bowl commercials are as important as the game itself. Each commercial is rated in the following categories:

Conversation can range from their friend’s newest baby, to who posted what on Facebook, or someone’s birthday party or a phone call from an old friend.

When with the ladies, you must learn to “ooh” and “aah” a lot. For most men, these are difficult sounds to make, but they are an essential part of a woman’s vocabulary, and they carry enormous potential for communicating feelings.

In the end, they don’t get very upset if their team loses, they just make comment like “Well, there’s always next year,” or “It was the coach’s fault,” or “it was a good game.” If it wasn’t a good game, then “At least it was a good party!”

It is a different world, watching football with women, but an excellent learning opportunity for today’s enlightened male