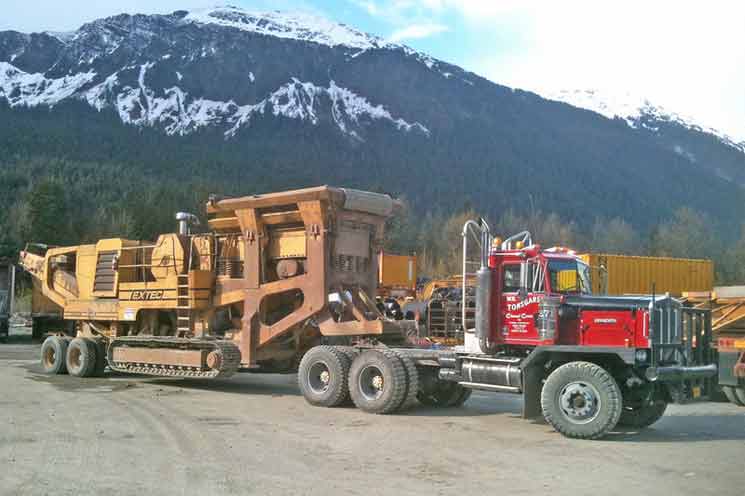 How to Change the Toggle Plate Jaw Crusher

Toggle plate is nothing but the most simple part of the Jaw Crusher, which is available in the market at a very low price and along with that it is designed in such a way that it is made by cast iron. It is the driving part of the jaw crusher and along with that it includes the three functions that are main. The three functions are the transmitting of the power, adjusting the opening of the discharge and the last one is the functioning as a safety device.

The changing of the size of the toggle plate according to the preference can be done in two specific ways and it will eventually adjust the outlet as well. The first method is by changing the gaskets which are located between the supporting base of the toggle plate and the frame of the body, and the other method is simply by adjusting the two wedge blocks which are located between the toggle plate and the frame of the body. The last function of the jaw crusher is nothing but the functioning as a safety device. This function is only considered when the materials or metals that are so hard in nature that their crushing is hardly possible. These materials are fed into the chamber which is called the crushing chamber then after that, the toggle plate will disconnect automatically so that it can stop the machine and avoid the breaking of the other parts of the machine.

If one is giving enough attention to its machine then a lot can be saved or achieved, and it includes the costs and time that your crews might be able to spend somewhere else. When the planning and preparation is done in the proper manner then the program of the maintenance can be made far easier for the user and along with that it is more effective in nature. More importantly, operations can meet the management of the time, savings of the cost can be obtained and safety goals by employing the strategies of good maintenance. As quoted by Bill Mancini who is a service technician at the Telsmith, “Successful jaw crusher maintenance requires the right resources, the right tools and the right approach,” which proves maintenance is important.