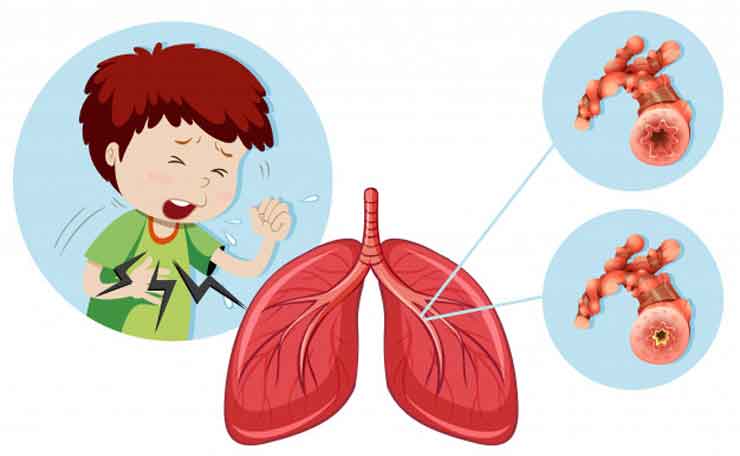 Everything You Need to Know About Bronchitis

Bronchitis is definitely my worst fear. My throat becomes sore and swollen while I cough in pain. There seems like no end to this miserable sickness because for me it comes every year around mid-spring, and there is no stopping it. I probably could predict the exact week I’ll get it. This is common in many people, especially since it tends to come annually or semi-annually (and there is no vaccine for it). Most of the time it is worse and more brutal than the common cold. In fact, most people contract bronchitis after they get a cold. If you’re like most people, you should keep yourself informed about this miserable sickness so you can diagnose, treat, or even prevent this pain in the throat.

What exactly is Bronchitis?

Whenever you see the “itis” part, it has to deal with inflammation. In this case, bronchitis is the inflammation of the bronchi, or respiratory tracts in the lungs. There is also chronic and acute bronchitis. Chronic, as you guessed, tends to happen much more frequently and can last much longer (up to three months within two years). Chronic bronchitis is identified as an on-going cough, pain in the chest, and increased production in mucus that is coughed up. Acute bronchitis is much more common and generally more intense, find more info.

What is Acute Bronchitis?

Acute Bronchitis is identified as having painful coughing, wheezing, and shortness of breath due to the airways being inflamed. Acute Bronchitis usually occurs after or near the end of a common cold.

What are the signs and symptoms?

As previously stated, Acute Bronchitis causing coughing, throat swelling, shortness of breath, fever, chest pain, weakness, and discomfort. The mucus coughed up can be differently color; the most common color being a yellow, but it can also be green or clear. You can not tell by the color of the mucus if the infection is bacterial or viral. Sometimes having a cold can overlap having bronchitis. Therefore, a runny nose and a fever are common to have. In addition, outdoor allergies can affect bronchitis if they are severe enough.

How is bronchitis diagnosed?

Bronchitis can usually be diagnosed by a doctor. Your doctor can do several different tests including a chest x-ray, a blood test, or a sputum test. A chest x-ray will often reveal cuffing, or inflammation of the bronchi. A chest x-ray may also rule out pneumonia. A blood test would also show inflammation and infection in the body by a result of high amounts of white blood cells. A sputum test is a sample of mucus, usually coughed up by the patient. A sputum test may also have a culture done with it to rule out strep throat or other infections of the respiratory system.

How is bronchitis treated?

About 90% of the time, bronchitis is caused by a virus and not bacteria, so other than a doctor diagnosing bronchitis, they can not do much for a patient. If the bronchitis is bacterial, they will prescribe a common antibiotic. Generally a doctor will prescribe an antibiotic anyway as a rule of thumb. Whether the infection is viral or bacterial, it will generally clear up within a little less than two weeks or so.

How can I ease my bronchitis suffering?

It’s true. Bronchitis is very uncomfortable and even painful. To feel more comfortable, drink hot or warm liquids such as soup or tea. This will make the throat feel better and even loosen up mucus in the lungs. Cough drops, Nyquil, Dayquil, cough suppressants, and common pain killers will usually make you more comfortable when you have bronchitis. If you want to help your child feel better, there are usually child-strength medications, although they should always be used in moderation. As always, it is good to consume food and drink rich in Vitamin C. Sleep is key though. When your body can rest, it will fight off infection faster. Try to take at least two days off from work or school to rest if you can. Also, not smoking or being around second-hand smoke when you have bronchitis will help the bronchi heal faster and cut down irritation and inflammation. Physical activity should be at a minimum. So while you have bronchitis, try to skip the gym. Your body will actually thank you.

How can I prevent bronchitis?

While everyone is destined to have bronchitis in their life (just like they are destined to have a cold), you can always decrease your chances of getting it by staying away from people with a cold. Wash your hands often and keep your immune system healthy with lots of fruits and vegetables. Not smoking also decreases your risk of getting bronchitis. Those who live in houses with good air filtration or live in non-urban or low air pollution areas tend to get bronchitis much less. There is also a pneumococcal polysaccharide vaccine (also known as PPV) which can lower your risk of getting bronchitis from a bacterial infection.