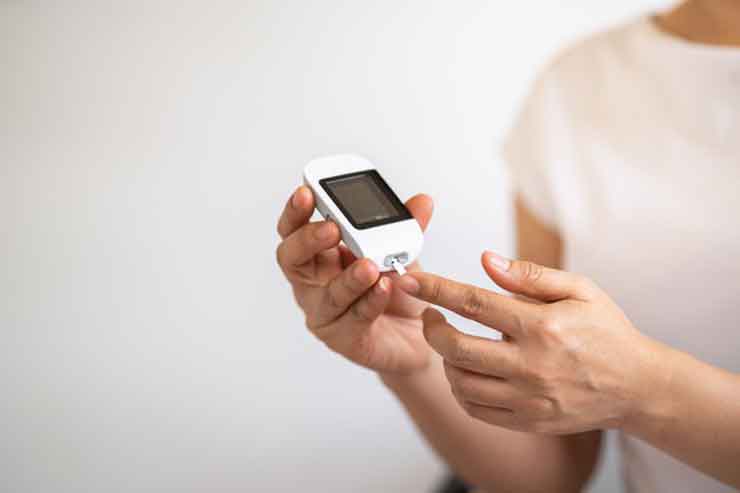 The Every Day Life of a Person with Diabetes

I have now been living with Diabetes for about a year and a half, and since being diagnosed, i have had many people come up to me and ask me for a better understanding of what I have to do on a daily basis. Often times people jump to conclusions about my disease. People often ask, “How are you diabetic if you are not overweight?” I also often hear the question, “Are you not allowed to have sugar?” Both of these questions are fine to ask, because not everyone has an understanding like i do. However, many people often misconceive the meaning of being Diabetic.

The first and most important misconception of being Diabetic is the fact that there are two different types of diabetes, Type One and Type Two. Type One is an autoimmune disease where the immune system sees the pancreas as foreign, and attacks itself. This causes the pancreas to become weak, and eventually produce less and less insulin. This means that the body can not keep up with the changes, and needs insulin to convert the sugar into energy. This has nothing to do with being overweight. Being a Type One Diabetic myself, I can tell you that not all diabetics are overweight. I am the perfect height and weight for my age, and the disease has not done much harm to my body. The reason why I am diabetic is because my body has attacked itself and caused parts of my pancreas to shut down. This means that I have to inject insulin into myself, because my body cannot produce the hormone. The insulin is a hormone that turns the sugar that I eat in my body into energy that my body can use. This also means that I often have to use a meter to check my blood sugar, to make sure that my blood sugar is in the targeted range. When I was taken to the hospital, my blood sugar was about 600, while the normal blood sugar should be between 80-160. Having such a high blood sugar causes a lot of damage to my kidneys, and makes them fail. However, I was very lucky in the fact that the doctors stopped my blood sugar from rising before it was too late.

After being in the hospital for a couple of days, I found it to be a lot like health class. The nurses would wake me up in the morning, and bring me an entire menu, with all of the carbohydrates listed on each food, and I ate all the time, because the food was so good! the nurses and doctors treated me so well, because they knew that I was so shocked to be diagnosed. One day I was completely fine, going to basketball practice and being with friends. However, when I started to feel very weak and had to drink and go to the bathroom all the time, I was starting to get worried. That is when I decided to go to the hospital for my illness. The doctors then diagnosed me, and kept a close watch on me to make sure that my blood sugar was staying under control. After eating breakfast every morning in the hospital, the nurses would then take me into a room where there were endocrinologists, or hormone doctors. I would join a classroom along with other newly diagnosed diabetics, and their parents. The doctors would explain my disease, and how to manage it properly. This was by far one of the most knowledgable experiences of my life. Knowing that nothing should be taken for granted, even your own health. In the classroom I learned how to count carbohydrates, and read nutrition labels on food. One good thing about being put in such a good hospital is that there were many other newly diagnosed diabetics that I could talk to, and many of the endocrinologists on my floor were also diabetic, and decided to pursue the career to help children that have to go through the same thing that they went through during their childhood. Clicking here: diabetes for more information.

After the health class, I was allowed to go around the hospital. My family was always there with me, and they helped to support me through my diagnosis. To be honest, much of my time at the hospital was a blur, because I was in shock, and didn’t fully understand just how much this meant. This disease completely changed my life, both in a good way, and a bad way. During my stay at the hospital, I usually just listened to music, and I would go in the children’s room to paint every once in a while. I probably looked very out of place in the children’s room, but it was still fun being in there with my little brother. My first day out of the hospital was the day it all hit me. it was like the whole time i was in the hospital, i didn’t feel anything because i was in shock, and then when I got home, I realized just how big the disease was. My mom was very concerned for me, and wanted to take me and my friends out to dinner to explain to them what it meant to have diabetes, and give them a better understanding of what happened to me, because I didn’t tell anybody why I was out of school for a week.

When we got to the restaurant, I panicked. I realized that i had to know the carbs on everything, and be able to give myself enough insulin required for all of the carbs. I was completely clueless in the real world. It was like being a little kid again, and losing all of my independence. I had to start all over. I had to be able to count my own carbs, and my parents had to be able to trust me going out by myself with diabetes. I told all of my friends that what happened wasn’t that big of a deal, and that I was still the same person, which was true, but I did not feel that way at all at the time. While waiting for my food, I went into the bathroom and tried my hardest not to cry. I felt like it would be like me giving in to the disease. I wanted to deny that it ever happened. After I got it back together, I went back out to my friends.

A couple weeks later I went back to school, and had many people asking me questions about what happened, and I explained to them what happened, but i didn’t give them all of the details of the struggle of living with diabetes. How at any moment, if my blood sugar dropped too low, I could pass out and go into a coma, and I would never be the same again. Many people thought it wasn’t that big of a deal, and that’s what i wanted. I didn’t want people to pity me, because i felt like it was a way of saying that i was a lesser person. I wanted to be just as good as any other person, if not better. I did exactly that, I worked hard to be better in both academics and athletics. I wanted to be a model for my disease. I knew that it was one of the many obstacles I would have to overcome in my lifetime, and I drove past it. I even started to do charity work for children with blood cancer, because it made me imagine how much worse it would have been to be diagnosed with cancer. I am now grateful for everything I have, and I know that nothing is set in stone. Anything can happen at anytime, you are not living if you are not taking chances.

Overall, diabetes is a serious disease, but is very easy to handle if you have the right mind set. For newly diagnosed diabetics, my advice to you is to stay optimistic, because that will help you the most through the first couple months of your diagnosis, then you realize how easy it is to incorporate it into your every day life. To any people who have had any questions with diabetes, I hoped that I have answered them, and have given you a new outlook on the disease.