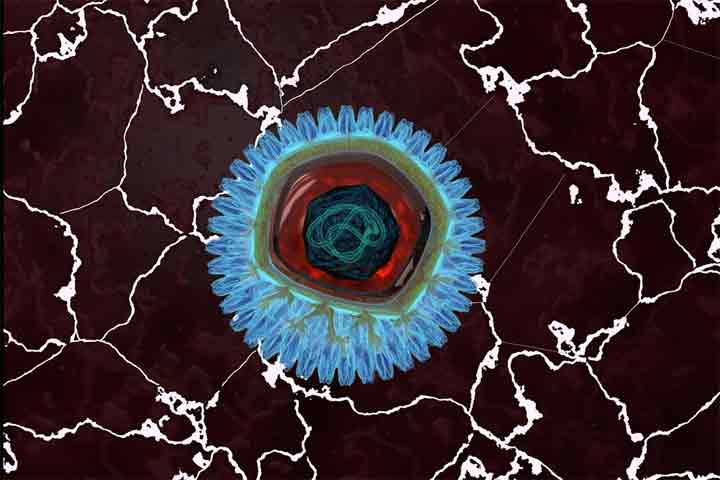 CFS/ME and Herpesviruses: CMV, EBV, HHV-6 and Other Chronic Viral Infections May Be to Blame

Chronic fatigue syndrome/myalgic encephalomyelitis may be associated with chronic viral infections. Several herpes viruses have been implicated, and they can be treated.

In the 1980s, CFS/ME used to be called “chronic Epstein-Barr virus syndrome” (CEBV) and “chronic mononucleosis” (EBV is the virus that causes mono). Later it was found that not all cases of CFS/ME are associated with EBV infection, but other herpesviruses may still be to blame.

Herpesviruses are a group of viruses that contains eight known human viruses. They can infect many parts of the human body, including the heart and the central nervous system. Unlike with most viruses, once they infect the body, they persist and cannot be eradicated. There are currently no vaccinations for them.

Most of the time the persistence of these viruses causes no symptoms, but sometimes they can reactivate, as people with HSV-1 and HSV-2 (oral and genital herpes) know all too well. Shingles is caused by reactivation of the varicella zoster virus (VZV), the virus that also causes chicken pox.

Because these viruses are so common (EBV, CMV and HHV-6 are all caught by more than 90% of the population by adulthood), merely testing positive for having them does not mean anything, but lab tests can be done to measure the active antibodies to the virus, and the larger the number, the greater the likelihood of an active infection, find out more.

The Epstein-Barr virus (EBV) causes mononucleosis, aka glandular fever or “kissing disease”, though many people develop no symptoms. EBV has also been associated with some cancers. It is now thought to only cause a minority of cases of CFS/ME.

Cytomegalovirus (CMV) infection usually causes no symptoms, but can be life-threatening to those with a compromised immune system and cause serious problems in pregnancy. It has been associated with CFS/ME in several studies.

The human herpesvirus 6 (HHV-6) can be divided in two subtypes: HHV-6A and HHV-6B. The 6B variety causes roseola, a common and usually harmless childhood infection and may be a factor in some cases of epilepsy. HHV-6A has been connected to e.g. CFS/ME and multiple sclerosis.

Luckily there are many antiherpesviral drugs. They have side effects, but generally much less severe than the antiretroviral drugs used in HIV/AIDS. The biggest problem is that most of these drugs are very expensive.

Aciclovir (Zovirax, the same drug used against cold sores) and its more advanced cousin valaciclovir (Valtrex) are quite affordable, but don’t really work against CMV or HHV-6. For these viruses you need a drug like valganciclovir (Valcyte), famciclovir or foscarnet, which can cost thousands of dollars a month. Foscarnet and famciclovir can only be given intravenously.

Several of these antiviral drugs have been studied in CFS/ME and most trials have demonstrated some benefit. Currently the most attention is focused on valganciclovir, which is studied in Stanford University. In their earlier studies some participants were able to get fully well and stay well after the drug was discontinued.

Undenatured whey protein has antiviral properties and the amino acid lysine is a well-known antiherpesviral. Astragalus, licorice root and olive leaf extract are herbal antivirals that may work against the herpes viruses, but it is not known whether these alternative treatments are powerful enough.

Some doctors insist that the herpes viral infections in CFS/ME are merely opportunistic (similar to the infections in AIDS patients), and the real cause is another virus, such as an enterovirus, retrovirus, parvovirus B19 or the parainfluenza 5 virus (PIV-5). More research is needed, but what we do know is that sometimes antiherpesvirals are curative, and sometimes they don’t work at all. Is CFS/ME contagious or infectious? We don’t know for sure, but many outbreaks have been reported since the 1930s. Many people with CFS/ME have other family members who have it, but many don’t. One may need a certain predisposition (such as severe stress or a genetic defect in your immune system) besides the virus to develop CFS/ME.